Candidate for MRS Board of Directors 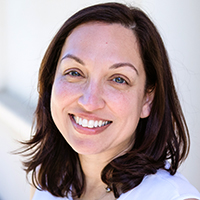 Aditi Risbud Bartl is a communications professional with research, teaching and public relations expertise across the sciences and engineering. Her particular interest is in emerging fields at the frontiers of science and she communicates the implications of technological breakthroughs to a broad audience.

In her current role as Executive Director of Communications and Strategic Priorities at the University of California, Davis (UC Davis), she leads activities related to marketing, digital communications, executive communications, internal communications, media relations, brand identity and reputational management for the College of Engineering. In addition, she guides the implementation of the college’s strategic plan, which encompasses efforts from the college’s eight academic departments, centers and institutes.

In the last 15 years, she has held roles with increasing responsibility, first at global public relations firm Weber Shandwick, where she provided communications counsel to healthcare and life sciences companies and advocacy groups and then at Lawrence Berkeley National Laboratory, where she developed communications and marketing strategies for the Molecular Foundry. At the Gordon and Betty Moore Foundation, she promoted the achievements of foundation grantees at academic institutions worldwide through communications efforts and convenings with high-profile stakeholders.

In all of her roles, Risbud Bartl strives to identify, generate and promote the significance of research, public-private partnerships and philanthropic efforts to a broad audience, including current and prospective students, alumni and donors, media, policymakers and the general public.

She served as chair of the MRS Public Outreach Committee from 2010-2014 and has been an active member of the society since 2001. She also received an MRS Graduate Student Silver Award in 2003. She currently serves on the leadership roundtable of the Edge in Tech Initiative at the University of California, which is committed to addressing the challenges faced by women and other under-included identities in engineering and computer science fields.

As a materials engineer-turned-science communicator, my ability to translate technical, complex concepts to diverse audiences would serve the MRS membership well. Across sectors, I’ve developed content strategies designed to increase visibility and enhance the reputation of institutions. My experiences align strongly with MRS’ strategic objective to “Expand as the Materials Gateway for global communication and knowledge dissemination.”

In particular, I will support this strategic objective by developing tactics that leverage existing MRS communications channels, amplify messages from our many high-profile, influential members and engage more early-career members into investing their time and resources into our vibrant community. As a woman in engineering, I have both experienced and witnessed the challenges women and underrepresented groups face in higher education. Throughout my career, I have carved out spaces to mentor and promote underrepresented groups with the aim to create an inclusive and equitable environment. Our volunteers are the lifeblood of MRS and lifting all voices will be critical in helping the society move forward.

Another core function of MRS is to provide and enable forums for the global exchange of technical information related to leading-edge, interdisciplinary materials research through its publications, website and meetings.

My past efforts with MRS have been fruitful in this regard. From 2009-2014, I served as an instructor for the Science Writing Workshop, an interactive one-day workshop during the fall the spring meetings designed for researchers, scientists, science educators and students interested in journalism and science writing. These workshops engaged graduate students, postdocs and early-career researchers in being more effective communicators and provided them with an opportunity to contribute to the MRS Bulletin and related digital publications.

During my time as chair of the MRS Public Outreach Committee, we developed several initiatives that catalyzed efforts to serve a broad range of constituents, including Making Stuff, a four-part special PBS NOVA series exploring the materials that will shape our future. In addition, the Impact of Materials on Society subcommittee launched a popular interdisciplinary, project-based materials science and engineering course that “examined the impact of materials on society throughout human civilization and into the future.”

In all of my roles, I strive to identify, generate and promote the significance of technology, public-private partnerships and philanthropic efforts to a broad audience. My strengths in communicating the merits of technology and education in a digestible manner will be an asset to the MRS membership. I look forward to the opportunity to serve on its board of directors.