Ilke Arslan is the Group Leader for Electron and X-Ray Microscopy at the Center for Nanoscale Materials, Argonne National Laboratory. After receiving her Ph.D. in physics from the University of California, Davis, she went to the University of Cambridge as a National Science Foundation and Royal Society postdoctoral Fellow. She then returned to the U.S. as a Truman Fellow at Sandia National Laboratories to work on 3D imaging of nanowires and porous nanoparticles for energy applications. She later became a faculty member in the Chemical Engineering and Materials Science Department at the University of California, Davis, before moving to the Pacific Northwest National Laboratory as a senior scientist while maintaining an adjunct professor position at University of California, Davis. Arslan has been honored with the Presidential Early Career Award for Scientists and Engineers and the Kavli Fellowship from the National Academy of Sciences. Her research interests include understanding the atomic, electronic and 3D structure of a range of nanomaterials for energy, including materials for quantum computing and materials for catalysis. She is also interested in technique development in electron, x-ray and atom probe microscopies, including time resolved microscopy and in situ liquid/gas/heating/cooling/biasing environments in the microscope.

Burdick’s research involves the development of hydrogels for various biological applications and his laboratory is specifically interested in understanding and controlling polymers on a molecular level to control overall macroscopic properties. The applications of his research range from controlling stem cell differentiation through material cues to fabricating scaffolding for regenerative medicine and tissue repair. Jason currently has over 170 peer-reviewed publications and has been awarded a K22 Scholar Development and Career Transition Award through the National Institutes of Health, an Early Career Award through the Coulter Foundation, a National Science Foundation CAREER award, a Packard Fellowship in Science and Engineering, and an American Heart Association Established Investigator Award. He is on the editorial boards of Tissue Engineering, Biomacromolecules, and Journal of Biomedical Materials Research A, and was recently appointed associate editor for ACS Biomaterials Science & Engineering.

Tao Deng is the Zhi Yuan Chair Professor at Shanghai Jiao Tong University (SJTU). He obtained his B.S. in 1996 from University of Science and Technology of China (USTC) and Ph.D in 2001 from Harvard University, both in materials chemistry. After his postdoctoral research at MIT, he joined General Electric (GE)’s Global Research Center (GRC) at Niskayuna, New York, in 2003. He served as senior scientist at GE GRC before he moved to SJTU in 2012.

He is the recipient of the Guo Moruo President Award at USTC and numerous GE’s technical and patent awards. He is also the recipient of the best paper awards at International Mechanical Engineering Congress Conference (2008) and IEEE-ASME International Thermal Conference (2010). In 2011, he was selected as one of the top 100 young engineers to participate in the US National Academy of Engineering’s Frontiers of Engineering Symposium and was selected in the “1000 Talents” program by the Chinese government in 2012. He serves on the editorial board of Scientific Reports and also the journal Progress in Natural Science. He is the board member of the Chinese MRS and also served as the conference co-chair for the 2014 International Conference of Young Researchers on Advanced Materials, International Union of Materials Research Societies (IUMRS). His research focuses on the study of materials inspired by biological systems, and the use of such materials for energy and optical applications.

James B. Hannon received a Ph.D. in Physics from the University of Pennsylvania in 1994, under the supervision of Ward Plummer. His thesis work focused on the atomic structure and lattice dynamics of beryllium surfaces. He then spent two years as a Humboldt Fellow with Harald Ibach at the Forschungszentrum Juelich where he studied alloying mechanisms with electron energy loss spectroscopy (EELS) and scanning tunneling microscopy (STM). In 1996 he moved to Sandia National Labs, working as a postdoc with Gary Kellogg on low energy electron microscopy (LEEM). He performed real-time in situ measurements on silicon surfaces, investigating key processes such as boron segregation and oxygen etching. In 1998 he joined the physics department at Carnegie Mellon University. In 2000 Hannon joined IBM's T.J. Watson Research Center, continuing research on surfaces using LEEM. His research activities at IBM are centered on surface phenomena, including strain-driven self-assembly, novel growth mechanisms, nanowire growth, and graphene synthesis. He now manages a research group focused on the purification and integration of carbon nanotubes for applications in high-performance logic. He also manages the materials effort in earth-abundant photovoltaics. He is the author of over 50 refereed publications, including articles in Science and Nature. He is a fellow of the American Physical Society. 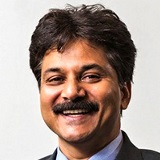 Sanjay Mathur is the director of the Institute of Inorganic Chemistry at the University of Cologne in Germany. He is the co-director of the Institute of Renewable Energy Sources at the Xian Jiao Tong University, Xian, China and a world class university professor at the Chonbuk University in Korea. He also holds visiting professorships at the Central South University, China, Tokyo University of Agriculture and Technology, Japan and National Institute of Science Education and Research (NISER), India. His research interests focus on application of nanomaterials and advanced ceramics for energy technologies. He has authored/co-authored over 350 original research publications and holds several patents and has edited 13 books. He is an academician of the World Academy of Ceramics. A fellow of the American Ceramics Society, Mathur also acts as the “International Ambassador” of the University of Cologne. He was an ASM International-Indian Institute of Materials (ASM-IIM) visiting lecturer in 2009. He was given the Global Star Award of the ECD of American Ceramic Society in 2010. He had organized and chaired over 50 international and national conferences and symposia. He was awarded the Bridge-Building Award of the American Ceramic Society in 2014 and the Lee Hsun Award of the Chinese Academy of Science and Institute of Metal Research, China (2014). He is also the recipient of the 2015 Surface Innovator Award given by AkzoNobel and the Society of Surface Protection and Paints.