EIS is one of the most practical in situ analysis technique, which can discriminate electrochemical processes by their time constant. EIS gives information from the electrode/electrolyte interface (MHz) to the bulk electrode (µHz). The frequency region scanned mainly concerns ionic mobility and is thus well adapted to evidence matter transport limitations (both in electrolyte and in active materials).

In that way, EIS is particularly interesting to check the interface since it is a non-destructive investigation method, giving access to several electrochemical parameters of major interest (charge transfer, passivation film, adsorption, corrosion, ionic diffusion...).

For that purpose, in this tutorial, some fundamentals of Electrochemical Impedance Spectroscopy will be reminded.  Different examples (from liquid-based and solid-state batteries) will be shown in order to illustrate the tutorial’s theoretical aspects.

The goal of this tutorial is to give some keys for:

Electrochemical impedance spectroscopy is a very powerful tool, however its actual implementation in standard electrochemical instrumentation does not allow looking into the dynamic behavior of the electrochemical systems. For this reason, classic impedance spectroscopy fails for the investigation of aging of materials, corrosion, self-oscillation, poisoning and others. In order to achieve an understanding of the effect of such degradation mechanisms on the materials and their electrochemical properties, it is necessary to use a methodology, which is able to look at systems while they are changing. The tutorial will start by introducing the concept of dynamic impedance and its connection to the Volterra series of the electrochemical system will be given. An overview of the experimental methodologies for the measurement and extraction of dynamic impedance spectra will follow, accompanied by an analysis of the experimental artefacts related to the electrochemical instrumentation. Different examples of dynamic impedance spectra acquired for different electrochemical reactions will be shown: redox couple in solution; intercalation of ions in host structures; hydrogen evolution on platinum electrodes. The data will be analyzed using at first a statistical approach based on the concept of Pade’ approximants, using as weighting factor the theoretical variance of the admittance. The connection between equivalent circuits and Pade’ approximants will be explored, as well as their connection to the Kramers-Kronig transformations. Finally, a physico-chemical model will be established in order to describe the phenomena occurring during the electrochemical reaction and the dynamic impedance spectra will be fitted using such model, in order to quantify the kinetic constants of the reaction. The tutorial will close with an summary of the main important points and an overview of the possible applications in the field of energy storage and energy conversion. 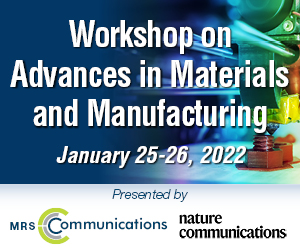