This event will be livestreamed from Boston on our virtual meeting platform. A rebroadcast will air Wednesday, December 8, 3:00 pm - 4:00 pm, with a live Q&A session. 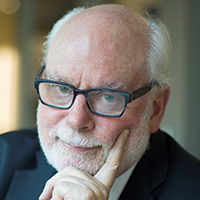 In 2010, we discovered an example of radically enhanced molecular recognition, which represents a valuable tool for the design and synthesis of artificial molecular pumps (AMPs) and artificial molecular motors. In this lecture, Stoddart will describe how this breakthrough has led to the fabrication of (1) two AMPs, (2) a dual and a duet pump, (3) a precise polyrotaxane synthesizer, which can be produced by attaching an AMP – call it a pumping cassette – to each end of a polymeric connecting chain, and (4) mechanisorption, which results from non-equilibrium pumping to form mechanical bonds between adsorbents and adsorbates. This active mode of adsorption has been realized on surfaces of metal-organic frameworks (MOFs) grafted with arrays of molecular pumps. Adsorbates are transported from one well-defined compartment – the bulk – to another well-defined compartment – the interface – thereby creating large potential gradients in the form of chemical capacitors wherein energy is stored in metastable states.

All these molecular pumps operate away-from-equilibrium, using energy ratchet mechanisms, in the presence of fuels and in environments that are dominated by Brownian motion. It is possible, in principle, to generate highly engineered polyrotaxanes with palindromic arrays of co-constitutionally heterotopic rings positioned on constitutionally symmetrical polymer dumbbells and then, ultimately, transcribe their programmed information back into the domain of sequence-controlled polymer synthesis. Mechanisorption extends the scope and potential of adsorption phenomena and interfaces. If materials scientists can incorporate mechanisorption into other active structures, the storage of gases like hydrogen, carbon dioxide and methane will enter a whole new world.

Sir J. Fraser Stoddart, 2016 Nobel Laureate in Chemistry, is a Board of Trustees Professor at Northwestern University. Stoddart pioneered the development of the use of template-directed protocols for the synthesis of mechanically interlocked molecules. He obtained all his degrees from Edinburgh University and has spent time at Queen’s University in Canada, Imperial Chemical Industries, the Universities of Sheffield and Birmingham in the UK and the University of California, Los Angeles. During five decades, Stoddart has mentored 500 graduate students and postdoctoral scholars. He was made a Knight Bachelor by Her Majesty Queen Elizabeth II in 2007 for his services to chemistry and molecular nanotechnology. He was awarded the Royal Medal (2010) and is a Member of the American Academy of Arts and Sciences, the National Academy of Sciences, a Fellow of the Royal Societies of Edinburgh and London and a Foreign Member of the Chinese Academy of Sciences. 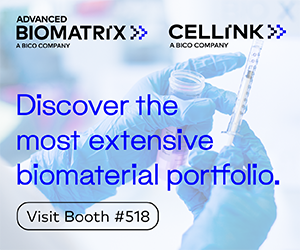