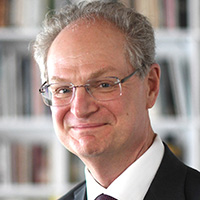 Colloidal nanocrystals have emerged as a major building block for nanoscience and nanotechnology. Today it is possible to control the size, shape, and topology of nanocrystals and to harness the variations of their properties to create materials with proven applications in biological imaging and electronic displays, and many more applications under development in renewable energy. Despite these advances, there is much we still do not know about the physical chemistry of nanocrystals. The advent of in situ liquid cell electron microscopy and the graphene liquid cell, have opened a new window into key aspects of the physical chemistry of nanocrystals. Small pockets of liquid, typically just a few tens of nanometer in thickness, and perhaps a few hundred in diameter,  can be trapped between single or multiple layers of graphene. These layers are transparent to the electrons of a transmission electron microscope. Inside, we can observe previously hidden properties and events. This includes structural determination of the positions of all the atoms in a colloidal nanocrystal; methods for directly imaging and tracking individual nanocrystals as they move, grow, or dissolve; and the ability to measure the inter-particle potentials by observing pairwise relative motions. A very important aspect of this talk will concern the nature of the chemical environment and how to manipulate it in order to induce or inhibit chemical reactions.  These new tools are enabling a second revolution in the science of nanocrystals, as they will permit to us to quantitatively control artificial colloidal nanoscale building blocks with atomic precision.

Armand Paul Alivisatos is the University of California, Berkeley's Executive Vice Chancellor and Provost and Samsung Distinguished Professor of Nanoscience and Nanotechnology. He will become of the President of the University of Chicago in September. He is also the Director Emeritus of Lawrence Berkeley National Laboratory, founding director of the Kavli Energy Nanoscience Institute (ENSI) and a founder of prominent nanotechnology companies, Nanosys, Inc., and Quantum Dot Corp, now a part of Thermo Fisher Scientific.

Groundbreaking contributions to the fundamental physical chemistry of nanocrystals are the hallmarks of Alivisatos' scientific career. His research accomplishments include studies of the scaling laws governing the optical, electrical, structural and thermodynamic properties of nanocrystals. He developed methods to synthesize size and shape-controlled nanocrystals, and for preparing branched, hollow, nested and segmented nanocrystals. In his research, he has demonstrated key applications of nanocrystals in biological imaging, renewable energy and electronic displays, including the widely-used quantum dot television technology. He played a critical role in the establishment of the Molecular Foundry, a U.S. Department of Energy Nanoscale Science Research Center, and was the facility's founding director. He was an early and prominent advocate for both the U.S. National Nanotechnology Initiative and the U.S. National BRAIN (Brain Research through Advancing Innovative Neurotechnologies) Initiative. He is the founding editor of Nano Letters, a leading scientific publication of the American Chemical Society in nanoscience.

Alivisatos has previously been recognized for his accomplishments with awards such as the Dan David Prize, the U.S. National Medal of Science, the Wolf Prize in Chemistry, the Wilhelm Exner Medal, the Priestley Medal, the Robert A. Welch Award in Chemistry and the BBVA Foundation Frontiers of Knowledge Award, among others.