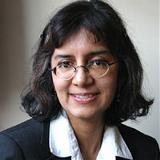 Today the technology around generating efficient and sustainable energy is rapidly evolving and hydrogen and fuel cells are versatile examples within a portfolio of options. This presentation will provide an overview of the U.S. Department of Energy’s  Fuel Cell Technologies Office early-stage R&D activities in hydrogen and fuel cells within the Office of Energy Efficiency & Renewable Energy. Satyapal will highlight technology status and progress toward achieving DOE targets, discuss R&D needs and challenges and provide specific examples where advanced materials research is relevant to address those challenges. The presentation will also cover DOE’s H2@Scale initiative, which will enable innovations to generate cost-competitive hydrogen as an energy carrier, coupling renewables, as well as nuclear, fossil fuels and the grid, to enhance the economics of both baseload power plants and intermittent solar and wind, enhancing resiliency and avoiding curtailment. 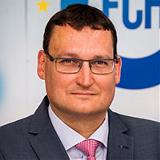 The Fuel Cells and Hydrogen Joint Undertaking (FCH JU) was set up in 2008 to accelerate the development of fuel cells and hydrogen (FCH) technologies in Europe toward commercialization from 2020 onward. To reach this target the FCH JU brings together resources under a cohesive public–private partnership to ensure commercial focus, to match RTD activities to industry's needs and expectations and to scale up and intensify links between the Industry Community and the Research Community. The FCH JU support stretches from research and demonstration projects in the different areas of FCH including energy and transport applications. The €893 million in grants already allocated under the FCH JU to 244 projects have contributed to bring some applications near to market readiness (e.g., passenger vehicles, domestic heat and power and green hydrogen production). Largely thanks to this support, the EU is now a world leader on FCH technology with a well-established supply and value chain.  This contribution will present an overview of the support provided by the European FCH JU.

Sunita Satyapal is the Director for the U.S. Department of Energy’s (DOE) Fuel Cell Technologies Office within the Office of Energy Efficiency & Renewable Energy.  She is responsible for the overall strategy, program execution and staff in the area of hydrogen and fuel-cell technologies, including oversight and coordination of approximately $100 million per year in research, development, demonstration and deployment activities. Satyapal has more than 20 years of experience in academia, industry and government and has 10 patents issued.  She received her PhD degree from Columbia University and did her postdoctoral work in applied and engineering physics and physical chemistry at Cornell University.

Bart Biebuyck is the Executive Director of the Fuel Cells and Hydrogen Joint Undertaking (FCH JU), a public–private partnership aiming at facilitating the deployment of fuel cells and hydrogen technologies in Europe. Previously, Biebuyck was in the Fuel Cell Department of Toyota Motor Europe where he held the position of Technical Senior Manager. His expertise in the automotive industry includes extensive knowledge related to the deployment of new technologies in the European market. It is as part of the Clean Energy Partnership (CEP) Programme in Berlin that Biebuyck worked at reinforcing European trials for the Toyota Fuel Cell Hybrid Vehicle. He also had the opportunity to develop and expand his know-how in Japan, where for two years he worked on the PSA-Toyota Small Vehicle Development Project, which resulted in the launch of the Toyota AYGO in 2006. In addition to his industrial experience, Biebuyck has been politically active in his local town since 2006. In 2013, he became Vice President of the City Council, responsible, among others, for the local economy and education. Biebuyck joined the FCH JU as the new Executive Director on May 16, 2016.