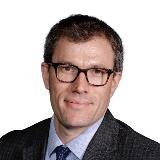 Christopher Bettinger is an associate professor of materials science and biomedical engineering at Carnegie Mellon University. He works at the interface of materials and polymer science, microfabrication, and biomaterials with the goal of developing new technologies and strategies for regenerative medicine and medical devices. He is the co-founder and CTO of the medical device company AnCure. He received his PhD degree from the Massachusetts Institute of Technology. Among his awards is the TR35—Innovator Under the Age of 35 from MIT Technology Review. You can follow him @ChrisBettinger. 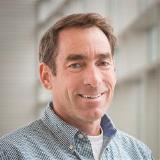 Mike Fitzsimmons is a scientific researcher at Oak Ridge National Laboratory and a former graduate of the Science Writing Workshop. 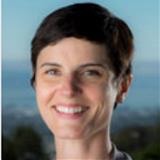 Alison Hatt is the director of the User Program at the Molecular Foundry and a former Foundry postdoc. She oversees the Foundry’s scientific proposal process, including working with scientific staff to reach out to and grow new diverse, engaged, and productive User communities. Alison also has a background in science writing and communication, and previously served as public affairs specialist for the materials sciences division, where she facilitated communication between MSD scientists, DOE and the general public. For the past several years, Alison has written news and features for MRS Bulletin and Meeting Scene®. She received her B.S. in physics from the University of Utah (2005) and her Ph.D. in materials from the University of California, Santa Barbara (2010). 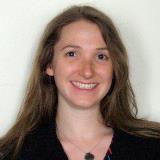 Emily Lewis earned her Ph.D. in chemistry from Tufts University for her research studying molecular interactions on renewable energy catalysts at the nanoscale. She developed her communication skills as a graduate writing consultant in the academic resource center at Tufts, a role in which she assisted students with writing projects in all subjects and specialized in helping students with writing in the sciences. Emily received the Apprentice Science Reporter Award from MRS and the International Center for Materials Research in 2013, and she has written numerous science news articles for MRS’s Materials360 Online. She hopes to learn more about the role science communication in policy as one of the American Chemical Society's congressional fellows for 2014-15. 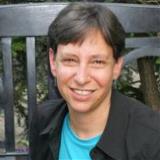 Judy Meiksin is news editor for the Materials Research Society, where she is responsible for generating content for news and features for the Materials360® Newsletter, MRS Bulletin and Meeting Scene. She has taught writing for over 20 years, including courses at the University of Pittsburgh as well as invited workshops, most recently at the College of William and Mary and the Center for Study of Science, Technology & Policy (Bangalore). She has her B.A. (1983) from Carnegie Mellon University and MFA (1989) from the University of Pittsburgh, both in writing. 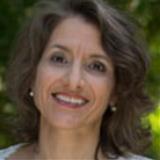 Julie Nucci is adjunct professor of materials science and engineering at Cornell University. She is currently a member of the Editorial Board for MRS Bulletin. PriorMRS Bulletin involvement includes serving as volume organizer and on a committee that established the “Beyond the Lab” feature. She has also served on the Public Outreach and NISEnet committees of the Materials Research Society. She has held positions as an engineer for Digital Equipment Corporation and National Semiconductor, a lecturer at Cornell and Stuttgart Universities, director of education programs for the Center for Nanoscale Systems at Cornell University, and as a research scientist at the Max Planck Institute for Metals Research in Stuttgart, Germany. She received her B.S. in materials engineering from Rensselaer Polytechnic Institute, an M.S. in applied physics from Harvard University, and a Ph.D. in materials science and engineering from Cornell University. 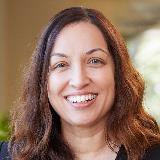 University of California, Davis
Director of Marketing and Communications 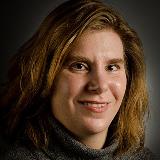 Birgit Schwenzer is a scientist in the Fundamental & Computational Sciences Directorate at the Pacific Northwest National Laboratory in Richland, Washington. She received a M.Sc. in chemistry from the University of Massachusetts, Amherst, and got a doctorate degree from the University of Konstanz in Germany in organometallic chemistry. During a postdoc at the University of California, Santa Barbara, she switched to experimental materials science, and her main research interest now is to investigate structure-property relationships of inorganic nano- and microstructures. Her volunteer work with MRS started when she became an MRS Bulletin volume organizer for 2013. Since then, she has also done some science writing and technical editing for the MRS Bulletin. She was a participant of the first Science Writing Workshop at the 2013 MRS Fall Meeting. 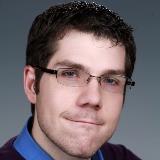 Steven Spurgeon is a staff scientist in the Energy and Environment Directorate at Pacific Northwest National Laboratory (PNNL). He joined PNNL in 2015 and became a staff member in 2017. His research is focused on the structure, properties and behavior of nanoscale materials systems for energy, data storage and next-generation electronics. Spurgeon has been a news and feature science writer for MRS Bulletin since 2010. He is a science outreach volunteer for Mid-Columbia STEM Education Collaboratory, and has previously done science outreach for Drexel University, where he received his PhD degree. Spurgeon has numerous technical publications, several invention disclosures and has received awards from the National Science Foundation, the Microscopy Society of America and the Materials Research Society. 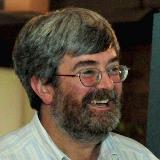 A former operations astronomer for the Hubble Space Telescope at the Space Telescope Science Institute, Dan Steinberg holds a Ph.D. in geophysics from Binghamton University. He is the education director for the Princeton University Materials Research Science and Engineering Center (MRSEC) and the Princeton Institute for the Science and Technology of Materials. Dan is the creator and leader of dozens of educational initiatives working with materials scientists and engineers to bring science, technology, engineering and math (STEM) to a broad public each year, including K-12 teachers and students, undergraduates and families. 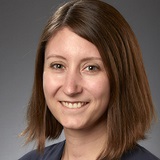 Ashley White is director of communications for the Advanced Light Source at Lawrence Berkeley National Laboratory. In addition to promoting the ALS’s research to the Department of Energy and other government officials, the scientific community and the general public, she helps enhance the facility’s engagement with Congress, federal agencies, foundations and industry. Previously, she was a senior research fellow at the U.S. Green Building Council, where, among other things, she distilled scientific information about the human health and environmental impacts of building materials to green building practitioners through blog entries, technical white papers and training guides. Before that, Ashley worked at the National Science Foundation as a AAAS Science and Technology Policy Fellow and served as an MRS/OSA Congressional Fellow in the Office of Senator Franken. In recent years, she has contributed news articles to MRS Bulletin and Materials360 Online. She received her Ph.D. in materials science from the University of Cambridge, and a B.S. in materials science and engineering and B.A. in music from Virginia Tech.