The Innovation in Materials Characterization Award, Materials Theory Award and MRS Medal have been endowed by Dr. Gwo-Ching Wang and Dr. Toh-Ming Lu. 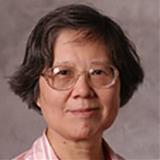 Gwo-Ching Wang was born in Wuhan, China, after World War II. When she was two years old, she and her family moved to Taiwan during the civil war. She grew up in Chi-du, near the Keelong River. It rained very often and it was particularly fun when it was flooded. She would spend all her time catching shrimps under the rocks. They sure tasted great. Unlike her father, who was an army general, she had an interest in academics. While most of her friends stayed in local schools, she commuted to Taipei by a 30 minute train ride and attended an all-girl high school. Taipei was a fun and vibrant city. There were many theaters one could go to watch Hollywood movies, which she loved.

In college, she was one of the five female students in her class of 50 in the physics department. You received all the attention when you were a minority. Besides Hollywood movies, she loved volleyball. In fact, she was the captain of the women’s volleyball varsity team. Frequently the team played and competed with teams from other colleges. According to Toh-Ming Lu, a loyal fan of the team, her team hardly had any winning record during the seasons. But the combats had been fierce, valiant and memorable.

Dr. Wang has served as head of the physics department at Rensselaer since 2000. In addition to growing the department, she is keen on promoting interdisciplinary graduate research and education. She successfully organized and led several multi-departmental, interdisciplinary graduate research programs in the area of materials physics. She is the director of the NSF sponsored IGERT (Integrative Graduate Education and Traineeship) fellowship program entitled, “THz science and technology – a studio approach,” which started in 2004. Dr. Wang is also director of the Department of Education sponsored GAANN (Graduate Assistance in the Areas of National Need) fellowship program entitled, “Terascale electronic and photonic material and devices” from 2004 to 2008. She has served as the director of the NSF sponsored REU (Research Experience for Undergraduates) program consecutively for the past 18 summers at Rensselaer.

Dr. Wang’s research interests are in surface and ultra-thin film physics. She is particularly interested in using electron diffraction techniques to probe surface and thin film phenomena. Recently she, Dr. Lu and the team developed a reflection high-energy electron diffraction (RHEED) surface pole figure technique to probe the growth front crystal texture evolution. Her major effort has been to use this technique to monitor the growth front of polycrystalline films including nanostructured metal films for H storage and semiconductor films for solar cell applications. Dr. Wang was the recipient of the Nottingham Prize at the Physical Electronics Conference in 1978. She is fellow of American Association of the Advancement of Sciences, American Vacuum Society and American Physical Society. She holds the Travelstead Institute Chair at Rensselaer. Visit  http://www.rpi.edu/~wangg for more. 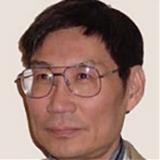 Toh-Ming Lu was born near the end of World War II in Sarawak, northwest of Borneo, now part of Malaysia. He grew up near the tropical jungle, home of the orangutan. Besides fishing in the jungle, he helped his parents with the usual chores, picking wild mushrooms, digging bamboo shoots, cutting fire wood, growing vegetables and planting rubber trees.

When night fell, while everybody in the village went to sleep, he would lie on the front steps of the house and spend most of his time staring into the sky wondering how large the universe was (and what was outside the universe, and outside and outside…) In school, he heard a rumor that physics could solve all the puzzles.

When he finished his high school education, he earned a scholarship and went to Taiwan majoring in physics. There he met his future spouse, Gwo-Ching Wang. College life was wonderful. Besides playing basketball, he enjoyed hiking and traveling with his classmates.

Before four years were over, it was clear that he was not going to understand the universe based on the physics learned from college. But another rumor seemed to indicate that if you went to graduate school and learned quantum field theory, you would learn all about the universe that you liked to know.

He came to graduate school in the U.S. and learned quantum field theory. He also learned that space was curved due to gravity and there was a possibility that the universe was finite. Well, then how was this finite universe created? After graduation, he was attracted to what Gwo-Ching Wang was doing, surface physics and materials science.

That was the early 80s when he entered the workforce. At that time, the U.S. was trying to revitalize the semiconductor industry and created the Semiconductor Research Corporation (SRC), a consortium to support university research focusing on advanced chip manufacturing.

Early on, Dr. Lu was supported by the SRC and began his career as a materials physicist focusing on thin film technology for microelectronic and photonic applications. From 1999 to 2005, he served as the director of the SRC sponsored Center for Advanced Interconnect Science Technology (CAIST) where faculty and students from over 10 universities were conducting advanced thin film research for microelectronic applications. Over the years, this multi-disciplinary, multi-university Center produced over 100 Ph.D. students to serve the semiconductor industry, and many of them are playing key roles in the industry. Dr. Lu was awarded the SRC Faculty Leadership in 2005. Dr. Lu believes that materials play a vital role in the history of technological advancement of our society. Chip technology is one example.

Dr. Lu’s more recent research effort has been on low-cost energy materials. He believes that the biggest challenge is not that we cannot produce good devices that can capture the solar energy efficiently, but to do it at low cost for widespread use. His research target is to produce single crystal-like, high efficiency semiconductor films on low cost substrates such as glass or metal sheets.

Dr. Lu has a keen interest in science and technology education. While he was the department chair during 1992 to 1997, he and his colleagues developed a student-centered mode of learning call studio physics. In the information intensive society, students can learn more effectively by being actively involved in learning, as opposed to the traditional lecture intensive mode of teaching. Several studio classrooms were created where lectures, hands-on activities and experiments are conducted in an interactive environment. He believes that teaching pedagogy has to evolve as the learning technology changes. Dr. Lu is fellow of the Materials Research Society, American Association of the Advancement of Sciences, American Vacuum Society and American Physical Society. He was a recipient of the Materials Research Society Medal Award (2004). Dr. Lu is the holder of the Ray Palmer Baker Distinguished Professor of Physics at Rensselaer. His interests include painting, human history and literature. Visit  http://www.rpi.edu/~lut for more.