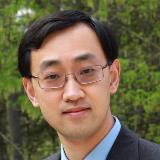 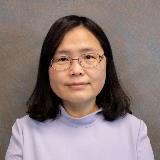 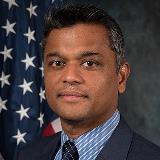 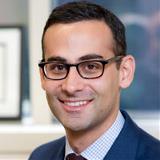 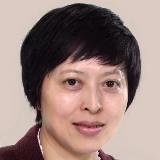 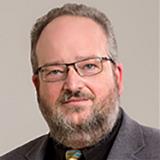 Michael E. Flatté is a professor in the Department of Physics and Astronomy at the University of Iowa (UI). His research interests include optical and electrical control of spin dynamics in materials, novel spintronic devices, quantum sensors, and solid-state realizations of quantum computation. Flatté received the AB degree in physics from Harvard University in 1988 and a PhD degree in physics from the University of California, Santa Barbara in 1992.  After postdoctoral work at the Institute for Theoretical Physics at the University of California, Santa Barbara and in the Division of Applied Sciences at Harvard University, he joined the faculty at UI in 1995. He was Director of UI’s Optical Science and Technology Center from 2010-2017. Flatté has over 200 publications and 10 patents. He is a fellow of the American Association for the Advancement of Science and of the American Physical Society (APS), a member of the Materials Research Society, the Optical Society of America and the American Vacuum Society, and was Chair of the Division of Materials Physics of the APS from 2016-2017. Flatté has an adjunct appointment as professor in the Department of Applied Physics at Eindhoven University of Technology, Netherlands. 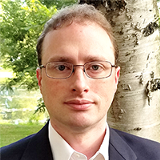 Michael P. Rowe is a principal scientist at the Toyota Research Institute of North America, having joined Toyota’s North American Research and Development operations in 2008.  He received his BA degree in chemistry with honors from Knox College, and both an MS degree and PhD degree in chemistry from the University of Michigan; continuing with his postdoctoral research at the University of Michigan.  His work focuses on using bottom-up chemical approaches to control nanomaterial properties so that original futuristic ideas can become real-world applications.  Rowe’s current research programs span a broad range of fields including light weight steel composites to reduce environmental impact through improved vehicle fuel economy and artificial muscle soft robotics to assist in the quality of life for elderly and disabled people.  His teams carry research from original concept, to fundamental materials research and finally into systems level device integration.  He has received four Toyota Research Division awards for his research accomplishments.  Rowe and his teams have generated 40 issued patents, in addition to numerous conference presentations and peer reviewed publications. 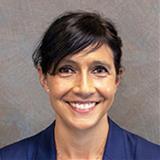 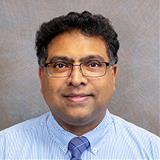 
Prasad Shastri is a professor at the University of Freiburg, Germany, where he holds the Hermann Staudinger Chair for Biofunctional Macromolecular Chemistry and the BIOSS Professorship of Cell Signalling Environments. He is also the Director of the Institute for Macromolecular Chemistry and one of the core faculty at the BIOSS Center for Biological Signaling Studies, which is one of the national clusters of Excellence in Germany. He received his PhD degree from Rensselaer Polytechnic Institute in 1995 and carried out his post-doctoral work with Robert Langer at MIT. He has published over 120 peer-reviewed papers, and authored several proceedings articles, extended abstracts and book chapters. Shastri has also authored over 50 issued and pending patents in materials science, regenerative medicine and tumor biology. In addition to pioneering several technologies in biomaterials, drug delivery, and nanotechnology, including the In Vivo Bioreactor, a groundbreaking approach for autologous engineering of bone and cartilage, his laboratory is active in the development of biomaterials for controlling cellular microenvironments, in vivo engineering of tissue, intracellular delivery, cancer therapeutics, cancer biology and functional imaging. 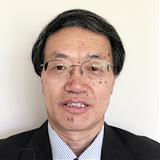 Chongmin Wang is a chief scientist at Pacific Northwest National Laboratory and his research interests include the state of the art S/TEM imaging and spectroscopy and their application to materials characterization, especially in situ and operando S/TEM techniques for energy materials. He received his BSc and MSc degrees in physics from Lanzhou University, China and PhD degree in Materials Science and Engineering from University of Leeds, UK.  He worked at Max-Planck Institute for Metal Research in Stuttgart in Germany as an Alexander von Humboldt Research Fellow, National Institute for Materials Science in Japan, and Lehigh University, focusing on atomic level study of grain boundary structure and chemistry using S/TEM. Wang is one of the pioneers on in-situ TEM technique for rechargeable battery research, which has earned him prestigious honors, including the 2016 MRS Innovation in Materials Characterization Award; 2017 PNNL Laboratory Director’s Award for Exceptional Scientific Achievement; 2016 Journal of Materials Research (JMR) Paper of the Year Award; 2012 Microscopy Today Innovation Award. He is also the recipient of R&D100 Award, Rowland Snow Award from the American Ceramic Society, Outstanding Invention Award from Japanese Science and Education Committee, PNNL Exceptional Contribution Awards.  He has published 370 journal papers and several book chapters, and delivered 70 invited talks. He is serving as the principal editor of the Journal of Materials Research and is a Fellow of Materials Research Society.