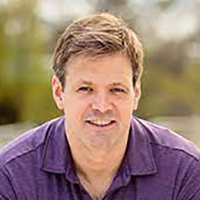 Will Dichtel is the Robert L. Letsinger Professor of Chemistry at Northwestern University. His research group develops new ways to control the structure and properties of organic materials and the interfaces between different materials. He has made major contributions to expanding the concept of polymerization into two and three dimensions, which may someday provide superior materials for separations, water desalination membranes, batteries and many other applications. He has also developed porous polymers derived from corn that remove organic pollutants, such as pesticides, pharmaceuticals and endocrine disruptors, from water.  Dichtel earned his undergraduate and doctoral degrees in chemistry from Massachusetts Institute of Technology and University of California, Berkeley, respectively, the latter under the mentorship of Jean M. J. Fréchet. He performed joint postdoctoral research in Los Angeles with J. Fraser Stoddart, then at University of California, Los Angeles, and James Heath at California Institute of Technology. Dichtel joined the faculty of the Department of Chemistry and Chemical Biology at Cornell University in 2008 and moved to Northwestern University in 2016. He was named a MacArthur Fellow in 2015 and was in residence at University of California, Berkeley, in Spring 2016 as a Visiting Miller Professor. He has received the Leo Hendrik Baekeland Award, the National Fresenius Award from the Phi Lambda Upsilon National Chemistry Honor Society, the Polymer International – IUPAC Award for Creativity in Polymer Science, the Camille Dreyfus Teacher-Scholar Award, the Beckman Young Investigator Award, a Cottrell Scholar Award from Research Corporation, a Sloan Fellowship and the Arthur C. Cope Scholar Award from the American Chemical Society. In 2020, he was named the Blavatnik National Laureate in Chemistry. 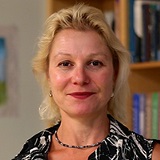 Julia Greer is a Ruben F. and Donna Mettler Professor of Materials Science, Mechanics and Medical Engineering and the Director of the Kavli Nanoscience Institute at California Institute of Technology (Caltech). Greer’s research focuses on creating and characterizing classes of materials with multi-scale microstructural hierarchy, which combine three-dimensional (3D) architectures with nanoscale-induced material properties. Greer has more than 150 publications and has delivered over 100 invited lectures, including two TEDx talks, multiple plenary lectures and named seminars at universities, the Watson lecture at Caltech, the Gilbreth Lecture at the National Academy of Engineering, the Midwest Mechanics Lecture series, and “IdeasLab” at the World Economic Forum. She serves on the National Materials and Manufacturing Board and was recently selected as a D.K.C. MacDonald Memorial Award lecturer for the Canadian Materials Research Society (2021) and Cruickshank Lecturer at the Gordon Research Conference (2020). She received the inaugural AAAFM-Heeger Award (2019) and was named a Vannevar-Bush Faculty Fellow by the U.S. Department of Defense (2016) and CNN’s 20/20 Visionary (2016). Her work was recognized among Top 10 Breakthrough Technologies by MIT Technology Review (2015). Greer was named as one of “100 Most Creative People” by Fast Company and a Young Global Leader by World Economic Forum (2014) and has received multiple career awards: MRS' Kavli Foundation Early Career Lectureship in Materials Science (2014); Nano Letters Young Investigator Lectureship (2013); Society of Engineering Sciences Young Investigator's Medal (2013); The Minerals, Metals & Materials Society's Early Career Faculty Fellow Award (2013); NASA's Space Technology Research Opportunities Early Career Faculty grant (2013); American Society of Mechanical Engineer's Sia Nemat-Nasser Early Career Medal (2012), Popular Mechanics Breakthrough Award (2012); U.S. Department of Energy's Early Career Award (2011); Defense Advanced Research Projects Agency (DARPA) Young Faculty Award (2009); and MIT Technology Review's Innovators Under 35 (2008). Greer serves on the Board of Directors for Azul 3D and is an associate editor for Nano Letters. 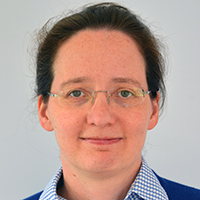 
Laura Herz is a professor of physics at the University of Oxford. She received her PhD degree in physics from the University of Cambridge in 2002 and was a research fellow at St John's College Cambridge from 2001 – 2003, after which she moved to a faculty position at Oxford Physics. Herz has published over 160 peer-reviewed research articles and is currently listed by Clarivate Analytics/Web of Science as a Highly Cited Researcher. Her research interests lie in the area of organic, inorganic and hybrid semiconductors, including aspects such as photophysical and nano-scale effects, self-assembly, charge-carrier dynamics, energy transfer and light-harvesting for solar energy conversion. Recently, she was awarded the Nevill Mott Medal and Prize by the Institute of Physics and the Friedrich-Wilhelm-Bessel Award of the Alexander von Humboldt Foundation. She is an associate editor of Applied Physics Reviews, Chemical Physics Reviews (AIP) and a member of the editorial advisory board for ACS Energy Letters. Herz is a Fellow of the Royal Society of Chemistry, the Institute of Physics, University College Oxford, and a Hans-Fischer Senior Fellow at the TU Munich’s Institute for Advanced Studies. 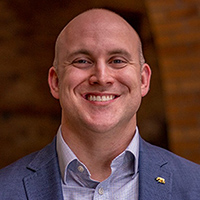 
Lane W. Martin is a Chancellor's Professor and Chair of Materials Science and Engineering at the University of California, Berkeley, and a faculty senior scientist in the Materials Sciences Division at Lawrence Berkeley National Laboratory. Martin received his BS degree from Carnegie Mellon University and his MS and PhD degrees from the University of California, Berkeley, all in materials science and engineering. He has published >230 papers and has given ~150 invited/plenary/keynote talks during his career. Martin’s research is focused on the synthesis, characterization, fabrication and utilization of functional complex oxide thin-film heterostructures—with special attention to dielectric, piezoelectric, pyroelectric, ferroelectric, magnetic and multiferroic materials. His work has garnered numerous accolades, including: the IEEE-Ultrasonics, Ferroelectrics and Frequency Control (UFFC) Society Ferroelectrics Young Investigator Award; 2018 and 2019 Highly Cited Researcher; the Robert L. Coble Award for Young Scholars; the Presidential Early Career Award for Scientists and Engineers; the National Science Foundation CAREER Award; and the Army Research Office Young Investigator Program Award. Martin has been an active member of MRS since 2004. 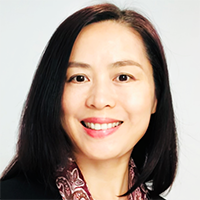 Haimei Zheng is a senior staff scientist in the Materials Sciences Division at Lawrence Berkeley National Laboratory (LBNL) and is also an adjunct professor in the Department of Materials Science and Engineering at University of California, Berkeley. Her research interests are centered on understanding how nanoscale heterogeneity and fluctuations control the physical and chemical processes of materials. Her research group develops and applies advanced in situ transmission electron microscopy (TEM) techniques, such as liquid phase TEM, to study nucleation, growth and transformations of materials at the atomic level, and dynamic phenomena at solid-liquid (electrode-electrolyte) or solid-liquid-gas interfaces. Insights garnered from this research enable novel design of materials, and efficient applications of materials in catalysis, batteries and other functional devices. Zheng received her PhD degree from the University of Maryland, College Park, with Professor Lourdes Salamanca-Riba and Professor Ramamoorthy Ramesh. She completed her PhD research with Professor Ramesh in materials science and engineering at the University of California, Berkeley. Thereafter, she became a postdoc at National Center for Electron Microscopy of LBNL with Dr. Ulrich Dahmen and in the chemistry department of University of California, Berkeley, with Professor Paul Alivisatos. She has published more than 130 peer reviewed publications, two book chapters and given over 110 invited talks. She received the U.S. Department of Energy's Office of Science Early Career Award in 2011, LBNL Director’s award for exceptional scientific achievements in 2013. In 2019, she received the MRS Medal Award.

Message from the Chairs

The 2022 MRS Fall Meeting will be held at the Hynes Convention Center in Boston, Massachusetts, November 27 – December 2, 2022. We received many proposals, out of which 53 symposia were chosen. They are grouped into the following topical clusters:

Broader Impact
It is our hope that this symposium focused on early career development in academia and industry will be of wide interest to the community.

Symposium X
Frontiers of Materials Research will feature presentations aimed at a broad audience and on topics at the forefront of research on materials science and engineering.

To complement the symposia, tutorial sessions will provide detailed information on particularly exciting areas of research, while the Exhibit will showcase products and services of interest to the scientific community.

Meeting attendees will find Boston to be a very accessible and attractive host. A wide array of restaurants, nightlife, cultural and sporting events are just steps away from the Convention Center and hotels. The region also offers an abundance of pre- and post-meeting touring options. It’s a perfect mix of interaction, insights, inspiration and indulgence!

We look forward to welcoming you to Boston!