The tutorial provided an overview of experimental and theoretical techniques for understanding and manipulating thermal transport in nanoscale materials. Particular attention was devoted to the techniques aimed at understanding the quasi-ballistic transport regime where the characteristic length scales are smaller than the mean-free paths of heat carriers. The importance of combining theory and experiment in making significant progress on this subject was illustrated throughout the tutorial.

The first part of the tutorial outlined the limitations of Fourier law at length scales on the order of 10 to 100 nm, where a big portion of heat is carried ballistically since phonon mean-free paths, typically in silicon, span a wide range from nm to tens or hundreds of microns. Consequently, new theoretical methodologies need to be developed to describe propagation of heat in nanostructured samples. The tutorial described the latest theoretical methodologies that have been developed in order to model heat transport in various types of materials, from bulk to superlattices to amorphous materials, and discuss their success and limitations when compared to experimental data.

The second part of the tutorial provided an overview of recent advances in experimental techniques for studying nanoscale thermal transport and discussed how they can be used to rigorously test transport theories. Topics included how advances in optical techniques, such as time domain thermoreflectance, and steady-state techniques based on microfabricated test structures are enabling transport theories to be experimentally tested across a diverse array of physical systems, e.g. solid-solid interfaces, superlattices and multilayers, anisotropic 2D materials and nanoscale metal multilayers. Special emphasis was on recent experimental advances in characterizing the thermal response of insulating and semiconducting materials in the quasi-ballistic limit, which enable tests of state-of-the-art density-functional theory predictions for phonon mean-free paths. 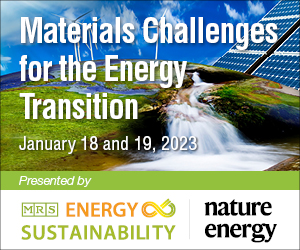