The principal process steps in the manufacturing of silicon wafers will be briefly reviewed. Crystal growth as the technologically most challenging process step will be described in more detail. In addition, recent technology changes in the wafer manufacturing process sequence like wire sawing, double side polishing, double side grinding and their effect on wafer parameters and cost reduction potential as well as low cost epi wafers will be discussed.

Semiconductor industry is now facing with 300mm wafer volume production using a minimum feature size beyond 0.18m. In order to drastically decrease the capital investment to semiconductor fub., very compact manufacturing line must be established by improving cluster tool concept and individual process equipment as well as a dramatic reduction of consumption volume of wafers, electricity, DI water, chemicals , process gases and etc. Historically speaking for these two decades, improvements of LSI performance have been promoted by mainly decreasing device dimension based on identical circuits, identical device structures and identical materials such as SiO2, Si3N4, poly-Si, silicides and Al-alloys. New materials such as ferroerectric, high k and low k films are strictly requested to be introduced to silicon technology in order to drastically improve the VLSI performance. This is the first time for VLSI to introduce polycrystalline films to exhibit functions, and then the film growth must be controlled accurately from its very initial stage, i. e., the first monolayer deposition. Metal layer SOI substrates or furthermore needed to be introduced instead of current polished wafer and epitaxial wafers to improve the speed performance up to over 10 GHz clock rate operations.

Advanced Ferroelectric Memories (FeRAMs) for 0.25/0.18 and beyond require ferroelectric films scaled below 1000. In order to achieve high breakdown voltage, nearly zero fatigue degradation, high temperature (150C) retention and low dynamic imprint (at high temperatures), SBT and/or SBTN films have to be free of gross defects, carbon contamination and maintain proper stoichiometric control. This paper reviews the state-of-the-art, specifically films in the 800 Ð 450 regime. It also shows that the stacked 8F2 cell can be accomplished with highest process temperature of 700C. LSMCD and MOCVD techniques are also reviewed for application in FeRAMs in the high-density regime. The paper concludes with a clear demonstration that FeRAMs can operate below 1.5V for fully saturated loops. And the basic technology for stacked cells in the 0.25/0.18 generation is now available. Process conditions and stoichiometric corrections to achieve best device performance are described in this review.

In future neural networks, it will be highly desirable for the synaptic weight between neurons to be changed through the adaptive-learning process. We have realized the adaptive-learning function in a PFM(pulse frequency modulation)-type neurochip, in which MFS(metal-ferroelectric-semiconductor) FETs are used as nonvolatile analog memories to store the synaptic weight. In this circuit, the pulse width of each input signal applied to the gate of MFSFET is chosen to be much shorter than the polarization reversal time of the ferroelectric film. Thus, the polarization of the film and the resistance between the source and drain of FET are gradually changed by application of a number of pulses.
In this presentation, fabrication process and typical behavior of the circuit are first discussed. Important points in the fabrication process were (1) SrBi2Ta2O9 was used as a gate insulating material, (2) CUJT (complementary unijunction transistor) or CMOS Schmitt trigger circuit was integrated with MFSFETs on an SOI (silicon-on-insulator) substrate in order to compose a PFM-type oscillation circuit, and so on. Concerning the circuit behavior, such an adaptive-learning function is demonstrated that the circuit starts to oscillate by application of a single pulse and its output pulse frequency is increased with increase of the number of input pulses. This behavior can be interpreted as the activity of a neuron is increased through stimulation.
Finally, the fabrication method of a high-density synaptic array, which is applicable to such neural networks as the feedforward-type or Hopfield-type network, is discussed and a typical result on the weighted sum operation is presented. Future prospects and issues of the adaptive-learning neural network are also discussed.

Recent advances in x-ray detector technology have allowed the development of improved x-ray spectrometers with the potential to revolutionize x-ray microchemical analysis. These new detectors include cryogenic microcalorimeters and superconducting tunnel junctions and near-room-temperature (Peltier-cooled) silicon drift detectors. I will review these recent developments before focusing on the high-energy-resolution microcalorimeter energy-dispersive spectrometer (EDS) developed at NIST Boulder. With an energy resolution of 3 eV at 1.5 keV, count rate of 500 cps, and an effective collection area of 4 square millimeters (using polycapillary x-ray optics), our microcalorimeter EDS combines the favorable qualities of wavelength dispersive spectrometers (WDS) and semiconductor EDS. After describing the operating principles and practical details of microcalorimeter EDS, I will present several applications of this technology for electron-beam-based x-ray microanalysis, including the demonstration of improved contaminant particle analysis and the first EDS chemical shift measurements.

Silica spicules made by a marine sponge provide a uniquely tractable model system for analysis of the molecular mechanisms controlling biosilica synthesis and nanofabrication. Analysis of the proteins and genes controlling this process reveals that proteins ocluded within the silica are highly homologous to a well-known family of hydrolytic enzymes. These proteins, named ``silicateins,'' catalyze and spatially direct polycondensation of various silicon alkoxides to form the corresponding silica and polysilsesquioxanes at neutral pH and low temperature. Genetic engineering and molecular modeling suggest a mechanism of action for the catalytic activity. We conclude that biological systems have evolved unique mechanisms capable of accelerating and controlling siloxane polycondensation, and offer the prospect of developing new routes to polysiloxane synthesis under environmentally benign conditions.

Whether circling garbage cans or hovering over alpine flowers, flies impress us with their extraordinary aerial agility. It takes a male housefly less than a thirtieth of a second to change course after detecting an evasive maneuver in moving target. Within that short time period, the nervous system processes the changing visual input, steering muscles alter the pattern of wing motion, and the resulting aerodynamic forces changes the animal's trajectory through the air. The main goal of my laboratory is to characterize the causal interactions among these stages: how sensory input alters motor patterns, how motor patterns effect muscular-skeletal mechanics, and how the resulting kinematic changes modulate the production of aerodynamic forces.
Flies maneuver by changing the activity of specialized steering muscles that modify wing kinematics and aerodynamic force production. These steering muscles, in turn, are controlled by a number of sensory modalities that are active during flight. The most important of these modalities are vision, mediated through specialized neural superposition eyes, and an equilibrium sense encoded by unique mechanosensory organs called halteres. The halteres are tiny club-shaped structures that beat antiphase with the wings during flight. The base of each haltere is equipped with arrays of sensory cells that encode the magnitude of angular velocity of the body during flight. Collectively, the feedback provided by the visual system and the halteres modifies the activity of motor neurons to generate both corrective reflexes and voluntary flight maneuvers. This architecture succeeds in achieving robust stability while allowing for elegant maneuvers. 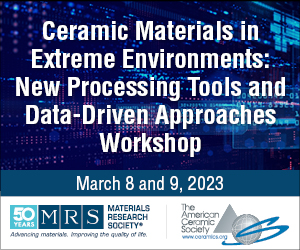