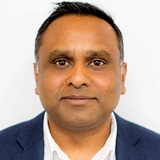 Manish Chhowalla is the Goldsmiths’ Professor of Materials Science at Cambridge University. He is a Fellow of the Materials Research Society, Institute of Physics, the Royal Society of Chemistry and Churchill College. He is also an associate editor of ACS Nano. His research interests are in the fundamental studies of atomically thin two-dimensional transition metal dichalcogenides (TMDs) for field effect transistors, catalysis and energy storage. 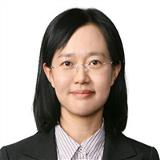 Eunjoo Jang is a Fellow at Samsung Advanced Institute of Technology (SAIT), Samsung Electronics. She received her PhD degree from the chemical engineering department at Pohang University of Science and Technology (POSTECH) in 1988 and did her postdoc at the University of Ottawa. She joined Samsung Electronics in 2000 and has been developing quantum dot materials and optoelectronic devices since 2001. Her major achievements are the mass production of environmentally friendly quantum dots and the commercialization of Samsung QLED TV products released since 2015. She has published 38+ peer-reviewed papers with 5700+ citations and 165+ US patent applications. 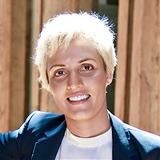 Prineha Narang is an assistant professor at the John A. Paulson School of Engineering and Applied Sciences at Harvard University. Prior to joining the faculty, Narang came to Harvard as a Ziff Fellow and worked as a research scholar in condensed matter theory at the Massachusetts Institute of Technology's Department of Physics. She received MS and PhD degrees in applied physics from the California Institute of Technology (Caltech). Her work has earned recognition with several awards and special designations. This includes a NSF CAREER Award in 2020, a Moore Inventor Fellow designation by the Gordon and Betty Moore Foundation, CIFAR Azrieli Global Scholar by the Canadian Institute for Advanced Research, a Top Innovator status by MIT Tech Review (MIT TR35), and as a Young Scientist by the World Economic Forum in 2018.  She was named by Forbes on their “30 under 30” list in 2017 for her work in quantum engineering. NarangLab's research at Harvard focuses on how quantum systems behave, particularly away from equilibrium and how we can harness these effects. By creating predictive theoretical and computational approaches to study dynamics, decoherence and correlations in matter, NarangLab's work would enable technologies that are inherently more powerful than their classical counterparts, which range from scalable quantum information processing to ultra-high efficiency optoelectronic and energy conversion systems. 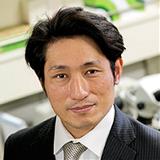 Tsuyoshi Sekitani received his BS degree from Osaka University in 1999, and PhD degree from the Department of Applied Physics, School of Engineering, at the University of Tokyo, Japan, in 2003. From 2003 to 2010, he was an assistant professor, and in 2011, he was an associate professor in the School of Engineering at the University of Tokyo. In 2014, Sekitani received a promotion to full professor in The Institute of Scientific and Industrial Research at Osaka University, and in 2017, he received the title of Osaka University Distinguished Professor. Since 2019, he is playing a leading role in the research intensification of Osaka University as an executive assistant to the president of Osaka University. As the chairperson of the Young Researcher Committee of the Engineering Academy of Japan, he has been providing recommendations on science and technology policies to government organizations and related ministries and agencies. Recognized as one of the “Highly Cited Researchers” (The World’s Most Influential Scientific Minds) by Thomson Reuters in 2014 and by Clarivate Analytics in 2018, he also received the IEEE Paul Rappaport Award in 2009 and 2010. 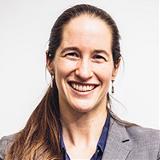 Vanessa Wood is a professor in the Department of Information Technology and Electrical Engineering at the Swiss Federal Institute of Technology (ETH Zürich), where she holds the chair in materials and device engineering. Since 2021, she is the Vice President of Knowledge Transfer and Corporate Relations at ETH. She received a BS degree from Yale University in applied physics in 2005, and masters and PhD degrees in electrical engineering and computer science from the Massachusetts Institute of Technology in 2007 and 2009, respectively. She was a postdoc in the Department of Materials Science and Engineering at MIT before joining ETH in 2011. She won the 2014 Science Prize in Electrochemistry endowed by BASF and the Volkswagen Group, and the 2018 MRS Young Investigator Award.