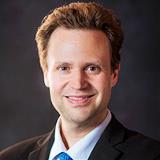 Markus J. Buehler is the McAfee Professor of Engineering at MIT. In his research, Buehler pursues new modeling, design and manufacturing approaches for advanced biomaterials that offer greater resilience and a wide range of controllable properties from the nano- to the macroscale. His interests include a variety of functional material properties including mechanical, optical and biological, linking chemical features, hierarchical and multiscale structures, to functional performance in the context of physiological, pathological and other extreme conditions. His scholarly work focuses on materials modeling, design and experimental efforts, and he has authored several books and more than 400 peer-reviewed publications.  He has given more than 350 invited/keynote/plenary talks across the world and serves on the editorial board of many other peer-reviewed journals. Buehler is an elected member of the Board of Directors of the Society of Engineering Science (SES), and served as the President of SES in 2019. He served as the chair of several conferences, societal committees, and is actively involved in public outreach as well as translation of basic research through entrepreneurship. 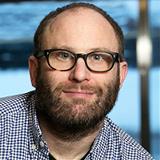 
Craig Fennie is an associate professor in the School of Applied and Engineering Physics at Cornell University. He received his PhD degree in theoretical condensed matter physics from Rutgers, the State University of New Jersey in 2006.  Upon graduation, he was awarded the Nicholas Metropolis Fellowship from Argonne National Laboratory. Since June 2008, he has been on the faculty at Cornell University.   His research interests lie at the intersection of materials physics and solid state chemistry and can be broadly characterized as centered on the use of first-principles informed theory to elucidate the fundamental principles that govern the relationship between the structure and the macroscopic behavior of complex bulk, thin film, and heterostructured materials in which lattice, magnetic, orbital, and/or electronic degrees of freedom are active. Fennie is the recipient of the 2010 Young Investigator Award from the Army Research Office, the 2011 Faculty Early Career Development (CAREER) award from the National Science Foundation, the 2012 Presidential Early Career Award for Scientists and Engineers (PECASE), and a 2013 MacArthur Fellowship. In 2015, he was elected a Fellow of the American Physical Society by the Division of Materials Physics. 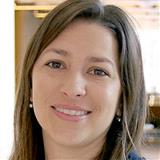 
Marina S. Leite is an associate professor in the Department of Materials Science and Engineering at the University of California, Davis. Her group is engaged in fundamental and applied research in functional materials, ranging from energy harvesting and storage to photonics, including the visualization of dynamic physical and chemical processes through the realization of advanced microscopic methods. Leite received her PhD degree in physics from Campinas State University and the Synchrotron Light Source Laboratory in Brazil. She is a member of MRS, the American Chemical Society (ACS), the International Society for Optics and Photonics (SPIE), and a lifetime member of the American Physics Society (APS). 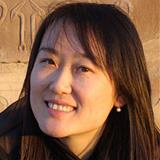 Laura Na Liu received her PhD degree in physics at Universität Stuttgart. She then worked as a postdoctoral fellow at the University of California, Berkeley and as a Texas Instruments visiting professor at Rice University. Before becoming a professor at the Kirchhoff Institute for Physics at Universität Heidelberg in 2015, she worked as an independent group leader at the Max-Planck Institute for Intelligent Systems. In 2020, she joined Universität Stuttgart and became the Director of the 2nd Physics Institute. Her research interest is multi-disciplinary. She works at the interface between nanophotonics, biology and chemistry. Liu’s group focuses on developing sophisticated and smart optical nanosystems for answering structural biology questions, as well as catalytic chemistry questions in local environments. 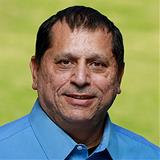 Cengiz S. Ozkan is a professor of mechanical engineering at the University of California, Riverside. He received his PhD degree in materials science and engineering at Stanford University in 1997. Before joining UCR in 2001, Ozkan was employed in the semiconductor industry. His research involves the design and synthesis of nanoscale materials for energy storage, nanoelectronics and sensor applications; fundamental understanding and characterization of electrical and optical properties of nanoscale materials; and nanoscale structure–property relationships. He has been a member of several prestigious national centers including the SRC MARCO Center for Functional Engineered Nano Architectonics; the SRC STARnet Center for Spintronic Materials, Interfaces and Novel Architectures, and the NCI Center of Excellence of Nanotechnology for Treatment, Understanding, and Monitoring of Cancer. Ozkan has over 300 technical publications including journal papers, conference proceedings, book chapters, edited books; 12 issued US patents; 16 pending patent applications; has given over 150 presentations worldwide; has 18 intellectual properties licensed by the industry, and he is a co-founder of two start-up companies. Most recently, he is the recipient of the European Advanced Energy Materials Award by the IAAM; the John J. Guarrera Engineering Educator of the Year Award by the Engineers’ Council; and he has been appointed as an Honorary Professor at the Hong Kong Polytechnic University. 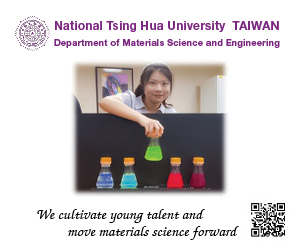 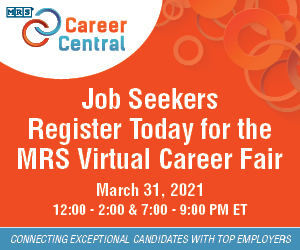